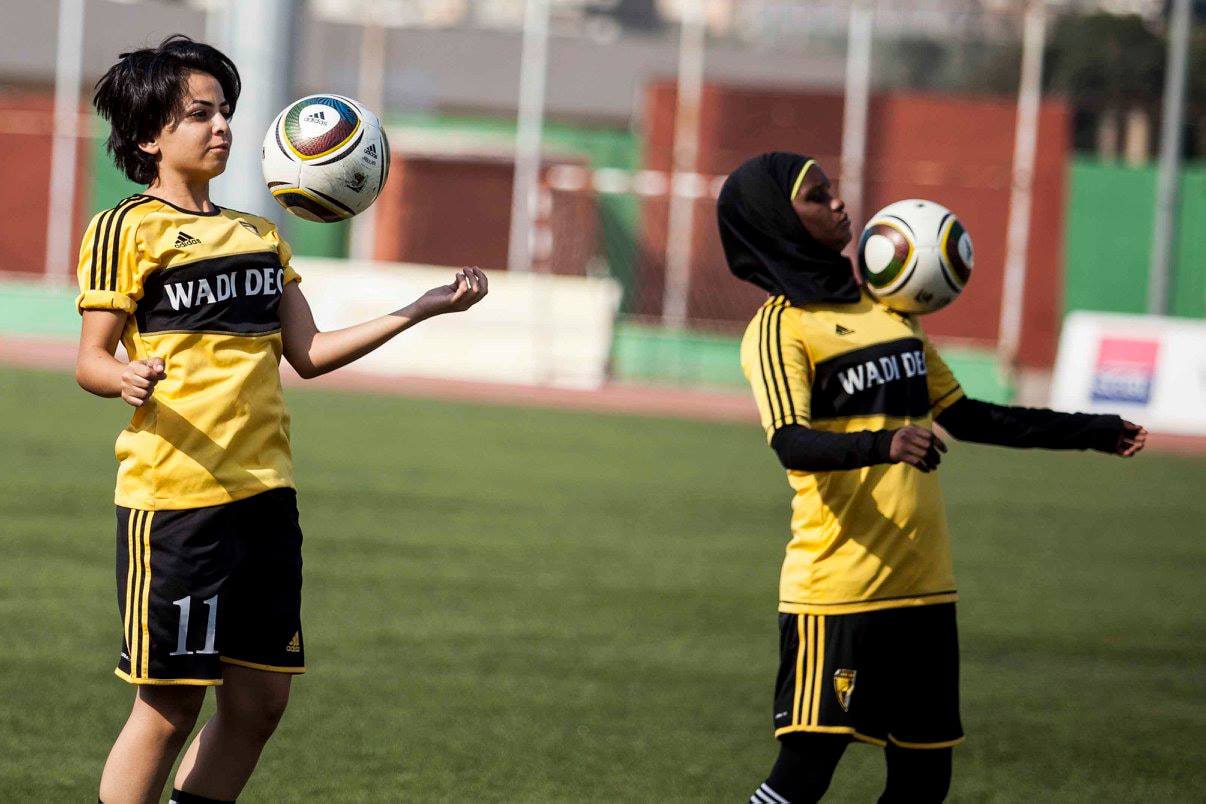 With support from the Asian Football Development Project (AFDP), the first women's football festival in Lebanon titled 'Our Game, Our Goals' has concluded today following a week-long tournament organized by DISCOVER FOOTBALL and the Girls Football Academy (GFA) of Beirut.

Teams from Egypt, Jordan, Libya, Palestine, Lebanon and Germany came together to play football at the Beirut Nejmeh Stadium and participated in 4 days of workshops and football practice led by World Vision and Right To Play, joined by over 200 girls from rural areas between the ages of 11-18, in four different regions: North (Salam Zgharta), South (Sour), West (Bhamdoun) and central (Nejmeh).

The festival aims to promote gender equality, raise awareness about women’s football in the region and increase media exposure of women’s football in Lebanon and neighbouring countries, and is timed to lead up to the FIFA U-17 Women’s World Cup held in Jordan in October 2016. The ground-breaking initiative also serves as a kick-off for long-term girl’s football projects with the GFA.

AFDP Founder and Chairman HRH Prince Ali Bin Al Hussein commented “Organizations such as Discover Football and the Girls Football Academy are playing a key role in encouraging girls in our region to put on their sports shoes and score some goals, and we at the AFDP are incredibly proud to be a part of that.”

“The excitement around women’s football here has never been more palpable, and it is a remarkable time ahead of the U-17 World Cup in Jordan next year,” Prince Ali added.

The GFA also received 500 footballs from AFDP to be used in football activities for girls residing in marginalised areas across Lebanon.

AFDP, with the support of its Official Partner PepsiCo, continues to focus its needs-based support on promoting women’s football in Asia and empowering women through the game, in addition to social development through football, grassroots and youth development, as well as protecting and developing the sport.